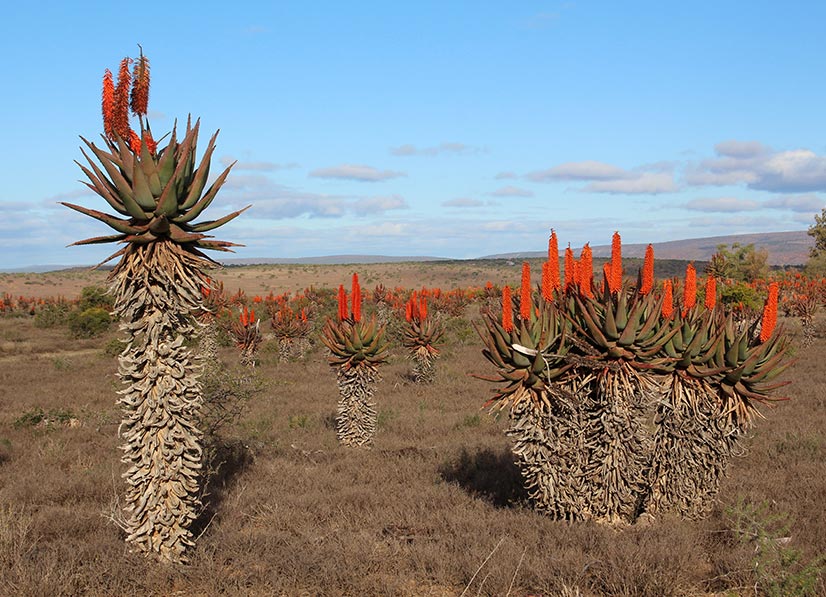 There is a group of solitary mountains in Bushmanland east of Springbok that cover the surrounding of the grassy plains, which are called inselbergs (“island mountains”). These extensions are home to rare succulent plants, at risk from mining and plant poachers.

The Leslie Hill Succulent Karoo Trust (LHSKT) identified these mountains as a top priority for conservation. Although the reserves fall within the Succulent Karoo biome which was recently described by UNESCO as the ‘most biologically diverse arid area in the world”, these Bushmanland Inselbergs of the Northern Cape were unprotected until March 2020 due to the declaration of four new provincial reserves.

Investment in the mining sector of the Northern Cape has grown greatly over the last couple of years. In terms of biodiversity conservation and ecosystem functionality, it is important to secure important Critical Biodiversity Areas, such as the Karrasberge. The DENCs Biodiversity Stewardship Programme facilitates the partnerships between DENC, landowners and NGO’s.

Landowners play a key role in assisting the province to expand protected areas, while maintaining a living/ working landscape. Portions of their farms were donated by each of the four families who owned the land on which these reserves have been declared, in a time when they are experiencing the worst drought.

The conservation acknowledged and thanked each landowner for being leaders in the Biodiversity Stewardship of the Northern Cape Succulent Karoo.