Make more money with your livestock 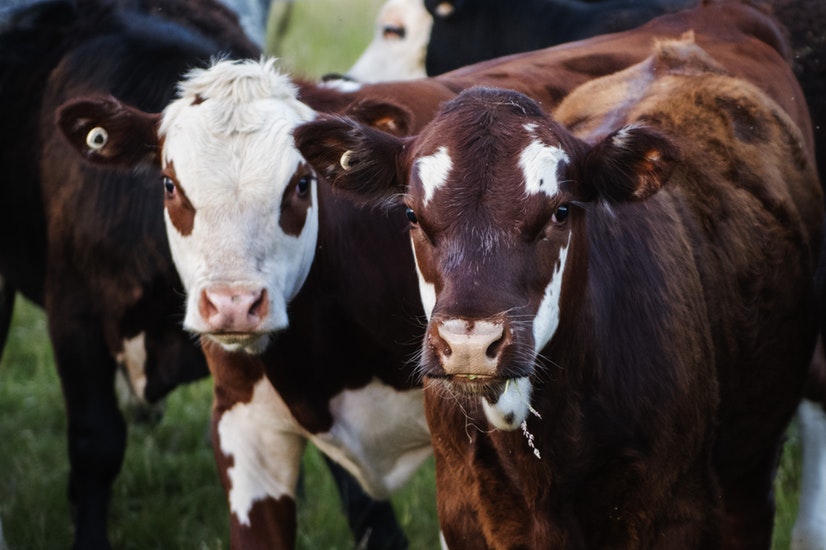 All livestock farmers should know exactly how many kilograms of meat, wool, milk or other animal product are produced per hectare per year on their farms, says Dr Michael Bradfield, CEO of both AgriBSA and Wagyu South Africa.

This should never be a guess, but an accurate, up-to-date figure.

A farmer also needs to know how much it costs to produce each kilogram of product, and the per-kilogram price received.

These figures should then be compared with those of other farmers producing the same products both locally and farther afield.

“You need to constantly benchmark the productivity, production costs and profitability of your livestock business against competitors,” stresses Bradfield.

“You should then strive to be as good as, or better than, the most productive, cost-effective and profitable of these other livestock farmers.”

In his many dealings with South African livestock farmers, Bradfield has discovered that few consistently utilise the simple, but crucial, formula for calculating the profitability of a livestock enterprise:

This is unfortunate, he says, as the cost of production factor in this equation is controllable.

For example, improvements can be made to feed-to-growth efficiency, the genetic quality and overall composition of a herd or flock, and the production system.

“To become more efficient and therefore more profitable, a livestock farmer has to bring down the cost of production over time,” he says.

However, the most important factor in livestock production, according to Bradfield, is the stocking rate.

A farmer has to manage this for optimal production from optimal grazing utilisation.

Having a single breeding season is the best way to make the most of an optimal stocking rate.

The timing of the breeding season should be based on the production capabilities of the enterprise, as well as related costs.

For example, some livestock farmers can graze their animals on crop residue during winter. This boosts body condition far more cost-effectively than bought-in winter fodder.

In such a situation, it is feasible to have a winter calving/lambing season, as the females will recover body condition on the crop residue and are likely to achieve optimal weaning weights for their offspring.

“Remember, a lactating female has three times the energy requirements of a dry female,” explains Bradfield.

“At three to six months old, a calf or lamb needs all the milk its mother can produce. So feed availability and quality must be at its best during the calving/lambing season.

Adjust your livestock breeding season to fit in best with your farm’s production conditions.”

For a livestock enterprise with no access to crop residue during winter, the farmer should ensure that the calving/lambing season coincides with the time of year when other fodder sources, whether natural grazing, planted pastures or bought-in feed, are at peak availability and quality.

Lactating females will need this to produce enough milk for the best possible offspring weaning weights, and to recover body condition rapidly for reconception.

For example, many South African beef farmers wean their calves in May, and send them to the feedlot for finishing until October, yet peak demand for beef is during the festive season (December/January).

This means that feedlot-finished animals are ready two months or more ahead of schedule.

“Vacuum-packing technology enables processors to store meat safely in refrigerated conditions for up to 90 days before being sold to consumers,” he says.

“At the same time, the meat is aged for improved flavour and tenderness, which is prized by many red meat consumers.”

Therefore, he continues, livestock farmers should try to “align their breeding, calving/lambing, and weaning seasons to take advantage of higher prices offered for weaners ultimately intended for peak demand periods.”

Livestock farmers able to implement their ideal calving/lambing season could then identify the optimal stocking rate.

A further profit driver is knowing the weight of all the animals.

“You should be weighing them to make sure they’re consistently gaining weight,” explains Bradfield.

“Weighing also enables you to set the median weight, which will allow you to identify good and poor performers, such as sick animals.

It will also allow you to send animals for slaughter at the correct time.”

Get up to date

An up-to-date recording system is also crucial; a modern farmer needs to spend time at a computer recording and analysing key production and cost data.

“Old-fashioned thinking should be left behind,” stresses Bradfield. “It’s already irrelevant and will definitely be in the future.

If you don’t have the tools to do the job or solve the problem to modern standards, get these as soon as possible, or you risk being left behind by your competitors.”

The equipment does not have to be brand new, he adds, “but it should be capable of the functions needed for modern farming”.

The necessity of annual calving

Another essential profit driver is to have mature breeding females that each calve or lamb every year. This requires strict selection.

Bradfield explains that Bos indicus cattle, for example, have evolved to survive under the toughest conditions.

Unfortunately, this means they have a propensity to calve later in life and exhibit lactation anoestrus (not coming on heat while suckling a calf).

Producers of pure B. indicus or B. indicus-type cattle should therefore select replacement breeding stock only from those females that calve early and produce a calf annually.

If a mature breeding female still fails to calve or lamb every year, she should be culled immediately.

“The progeny of females able to produce even during drought conditions should be prioritised for retention as breeding replacements, because they’ve received hardy and adaptable genetics from their mothers,” explains Bradfield.

“Fertility is a trait with low heritability, but it is highly repeatable.

“You should also remember that it can take a new bull or ram on the farm only three generations for its genetics to be found in almost 90% of the farm’s entire herd or flock.

So it’s crucial that only top-quality breeding males are brought in.

“And if you keep having females that can’t produce a calf or lamb every year, be sure to check the sires too.”