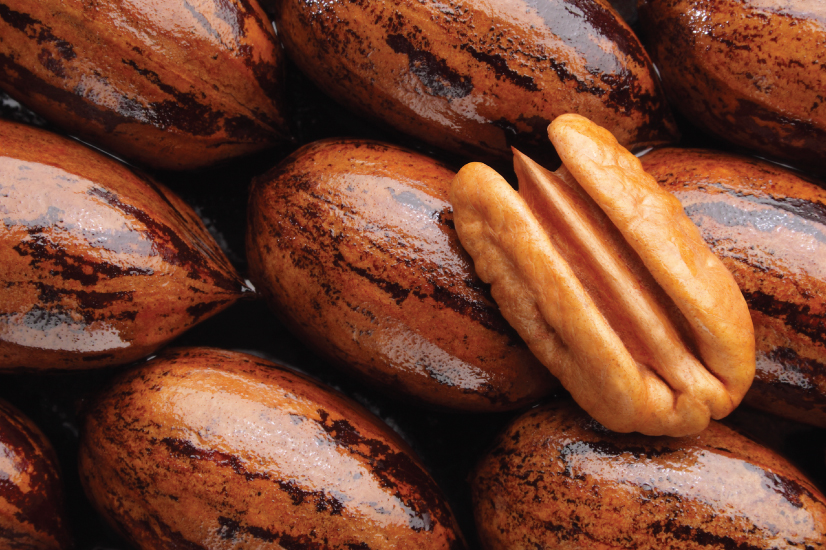 According to FreshPlaza, for the past few years around 80% (up to 90%, depending on various exporters) of the South African harvest has been marketed in the Far East, mostly China, as nuts-in-shell, while the balance is either exported as kernels or sold locally. On South African shelves, pecan nuts are of the most expensive nuts, despite growing local production.

As with macadamias, there is increasing interest in pecan nuts, a tree crop that is less capital-intensive than others, but establishment of a pecan orchard depends strongly on a grower’s access to good quality water. The heartland of South Africa’s pecan production originally developed around the Vaalharts Irrigation Scheme in the Northern Cape but today there are enquiries from across the country, with the exception of the humid subtropical regions.

A major nursery confirms that most of their young trees still go mostly to the Northern Cape (Vaalharts and Upington regions), as well as to newer pecan nut production regions like Limpopo (Thabazimbi, Modimolle, Koedoeskop, for instance) and Cradock in the Eastern Cape, which has become important for pecan production. Even in Citrusdal pecan nut orchards are being established.

Gunter Hollenbach, head of pecan procurement at GWK Limited, says that the centre of pecan nut production in the Northern Cape is slowly moving westwards as there are major expansion in the Douglas, Prieska, Jacobsdal, Groblershoop and Upington areas. “It seems like the more west you go, the better the quality and yield of nuts,” he says, “to give you an example: for the Wichita cultivar you can get 50 to 60% oversized nuts from the Upington area, compared to 15 to 20% in the Vaalharts region.” He believes that in a decade or so, the majority of Northern Cape pecan nuts will not be coming from the Vaalharts region anymore, but from these newer production areas.

An exporter representing 400 producers from the Northern Cape says that they see annual growth of 30% in pecan volumes.

The projected increase in pecan nuts may cause the industry to diversify with an increased focus on nut kernels for the South African Pecan Producers’ Association (SAPPA). The industry is currently developing export standards for pecan kernels in conjunction with the Department of Agriculture, Forestry and Fisheries.