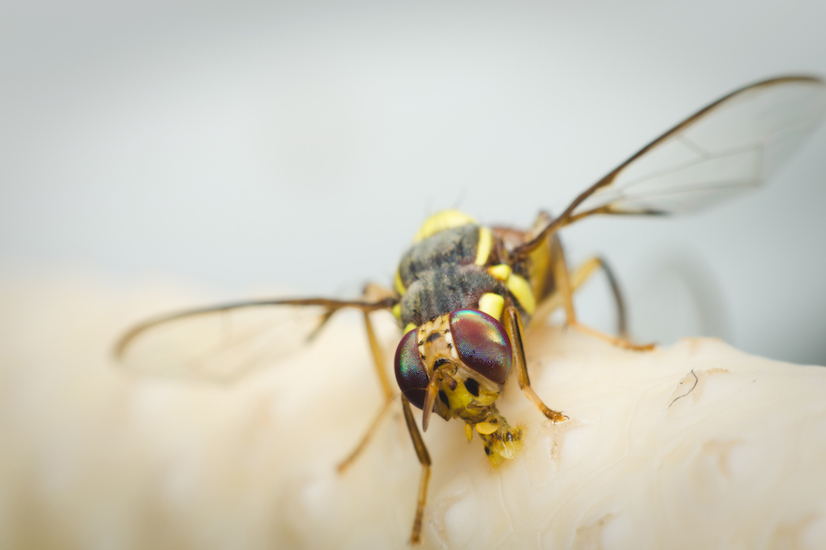 The Department of Agriculture, Land Reform and Rural Development has confirmed the successful eradication of the invasive fruit fly species Oriental fruit fly (Bactrocera dorsalis) in the Pixley ka Seme and ZF Mgcawu District Municipalities in the Northern Cape.

“Eradication, which included the application of protein bait sprays, deployment of male annihilation (MAT) blocks and strict field sanitation within the quarantine areas was successfully conducted. The areas from Douglas to Prieska as well as between Groblershoop and Augrabies have been declared free from the presence of Bactrocera dorsalis,” said the department in a statement on Thursday, 19 December 2019.

The pest entered South Africa in 2010 and established itself in the northern and eastern parts of the country. Several Oriental fruit fly specimens were detected between Douglas and Prieska in the Pixley ka Seme District Municipality, Groblershoop, Karos, Upington, Kakamas and Augrabies, as well as areas alongside or close to the Orange River in the ZF Mgcawu District Municipality. Fresh produce host crops cultivated in the affected areas include citrus, table grapes and pomegranates.

However, the department warned that this is a polyphagous pest that can utilise hosts cultivated by the citrus, deciduous and subtropical fruit industries, as well as berries and tomatoes among others.

“This pest can result in food insecurity, yield reduction, job losses, market restrictions and high production and post-harvest costs, if not effectively controlled,” the department said.

Meanwhile, the department has since established an Exotic Fruit Fly Surveillance Programme and with many areas in the southern and western parts of the country still free from the Oriental fruit fly. The department said it is highly essential to ensure that pest-free areas are maintained.

The fruit fly can be suppressed in areas where it has established by practising effective orchard/field sanitation, chemical control and restricting the removal of host material from quarantine (infested) areas to non-quarantine (non-infested) areas.

“Monitoring of the fruit fly population levels remains critical and growers must implement a monitoring programme for early detection or to ensure measures are implemented in time.”