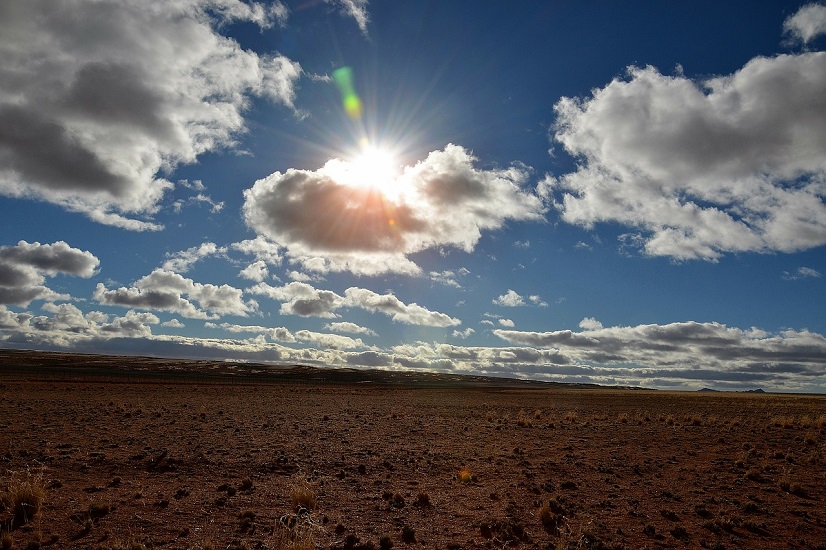 The government this week formally declared the drought as a “national state of disaster”.

Dr Zweli Mkhize, the minister of Cooperative Governance and Traditional Affairs (COGTA), made the announcement during a media briefing by the inter-ministerial task team (IMTT) on drought and water scarcity in Cape Town on 13 March.

The IMTT comprises the ministers of COGTA; Rural Development and Land Reform; Agriculture, Forestry and Fisheries; Water and Sanitation, and Social Development, as well as representatives of the National Treasury.

Mkhize said the announcement meant that the “primary responsibility for the coordination and management of the disaster” had now been designated to the national executive.

He added that the budget address last month had made a provisional allocation of R6 billion in the 2018/2019 financial year for several purposes, including drought relief and augmentation of public infrastructure investment.

The budget also included more than R500 million in short-term assistance through disaster relief grants for provinces and municipalities.

Mkhize said reports had revealed that drought and water scarcity had had a negative impact on all sectors of the economy, including livestock production, crop production, industry and processing, tourism, food security and water supply.

COGTA communications head Legadima Leso said that the Western Cape had already received R74 million in assistance in 2017 and that requests from the Northern Cape and Eastern Cape had been received.

These were being scrutinised by COGTA, Treasury and the National Disaster Management Centre (NDMC), and an announcement would be made once a final decision had been reached.

Leso said that applications for assistance varied from requests by livestock farmers for feed, to assistance with transportation of water by water tankers. Some were requests for infrastructure development such as drilling of boreholes or laying of water pipes.

They spanned all sectors of society, not only agriculture.

He said that the three worst-affected provinces – the Western, Northern and Eastern Cape – had not been viewed in isolation.

“There are areas in KwaZulu-Natal, the Free State, and Mpumalanga, for example, where they have pockets of areas that are struggling due to the drought,” he said.

The fact that a national drought had been declared meant that even provinces not elevated to provincial disaster areas could benefit. “They’ll be assisted,” he said.

The drought was reclassified as a national disaster by the head of the NDMC, Dr Mmaphaka Tau, in February.

In clarifying Tuesday’s announcement, Mkhize said when a disaster was classified but not declared, the responsible sphere of government at municipal, provincial and national levels had to deal with it in terms of existing legislation and contingency arrangements.

Section 27 (1) of the Disaster Management Act of 2002 allowed for a national state of disaster to be declared if special circumstances existed. Mkhize signed the declaration on March 5 and it was published in the Government Gazette on March 13.

The declaration was not aimed primarily at requesting funding.

“It’s aimed at activating extraordinary measures, which might include funding, based on need and other relevant conditions to address the impact of such a disaster,” Mkhize said.