Farmers can benefit from creep feeding 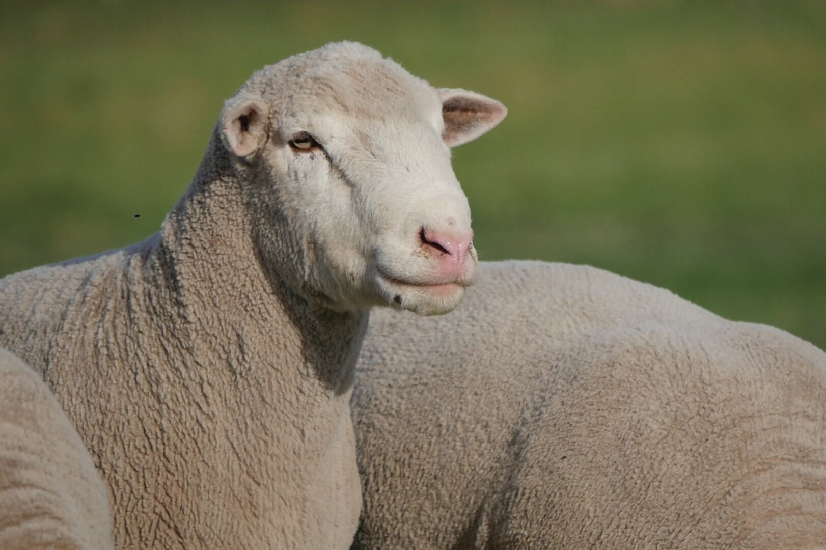 Some farmers are reluctant to establish creep feeding programmes because of the expense of setting up creep feeders and buying in extra rations.
When the ewes are at peak milk production the lambs grow at their maximum genetic potential. The nutritional needs of the lambs increase when after its peak the milk production significantly decreases.

Experts agree that the issue of ration costs should be approached with an open mind. If some of the materials are self-produced, the cost can be notably reduced as a farmer can mix his/her own creep feed.
The farmer should think about what type of roughage should be added to the creep feed as the lamb has a very limited ability to distinguish between the nutritional value of roughage and that of pasture. Meaning roughage should also meet texture requirements and the need for long fibre, which plays a role in rumen development.

The creep ration should be finely ground for very young lambs; as they grow older coarser mixtures can be fed to the lambs. It is important not milling the ration too finely and of keeping it dust-free to avoid reduced intake.
Creep feed should be of a high quality with the right amino acid profile and a high percentage of bypass proteins.
Creep feed can be made up of raw materials manufactured on the farm, or alternatively ready-to-use formulated creep feed pellets can be purchased.

It is cheaper for the farmers to mix their own creep feed on the farm, but that buying in creep feed pellets has considerable benefits. The balanced creep feed pellets have already been formulated to meet all the nutritional needs of suckling lambs. Quicker growth is ensured as the intake on creep feed pellets are higher. If you mix rations at home, it can be very dusty at times, causing poor intake and problems with the lambs’ lungs and eyes.

A typical creep feed ration is very high in energy (roughly 50% to 60% grain), contains about 20% oilcake flour that high-quality bypass protein consist of, and a full range of high-quality mineral and vitamin premixes for optimal results.
10% of the mixture can consist of high-quality, leafy lucerne. To help control coccidiosis it is important to include an ionophore. To prevent kidney stones, ammonium chloride has to be included.

Research indicates that lambs can receive creep feed as early as seven to ten days after birth although the guidelines recommend supplying creep feed to lambs from ten to 14 days after the first ewe has lambed.
It is recommended that the farmer starts with 200g per lamb per day if creep feed is only fed from 30 days. Over a seven-day period the amount can be gradually increased to 600g per day per lamb.
It is found that lambs exposed to creep feed from seven days, do not need gradual exposure. In addition, if the intake is consistently above 650g per day, lambs can be weaned between eight and twelve weeks.

Read the full article on AgriOrbit.