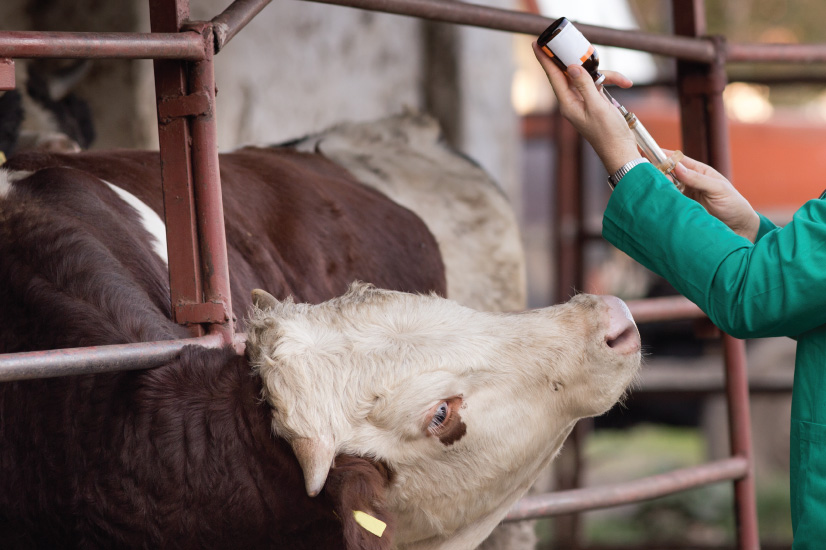 Antimicrobials are widely used for domestic animals, on fish farms and are even dusted on crops and fruit orchards to combat infections that affect animals and plants grown for food.

Antimicrobials are added routinely to feed, even when animals are already healthy, to try to stave off infections and fatten animals faster – this poses a number of problems when looking at hygiene and infection, and the extended lifespan of antimicrobials.

During the World Antibiotic Awareness Week, the UN’s Food and Agriculture Organisation (FAO) stressed the message that farmers should play a role in stemming the spread of antimicrobial resistance among disease-causing pathogens by adopting good hygiene practices during their day-to-day farm operations.

The improper use of antimicrobial medicines, such as antibiotics, has contributed to an increase in the number of disease-causing microbes that are resistant to these treatments, developing antimicrobial resistance (AMR) which renders them useless for curing certain infections.

This means that diseases that can affect both people or animals, and which can cause serious economic damage to farmers, are more difficult sometimes impossible- and frequently more expensive to treat.

Farmers can make a major difference

Juan Lubroth, FAO’s chief veterinary officer, called farmers “one of the important frontline defenders” in the battle to contain the growing threat of AMR.

There are three simple steps farmers can take to make a major difference, he said, and although stronger infection prevention measures take some investment, cleaner farming can also yield better profits.

These steps include practising good farm hygiene, getting veterinary advice before buying and using antimicrobials, and comparing notes with neighbours in order to spread best practices. He also underlined the role farmers must play in demanding quality animal feed without added antibiotics or other antimicrobials.

Get farm hygiene tips on Bizcommunity