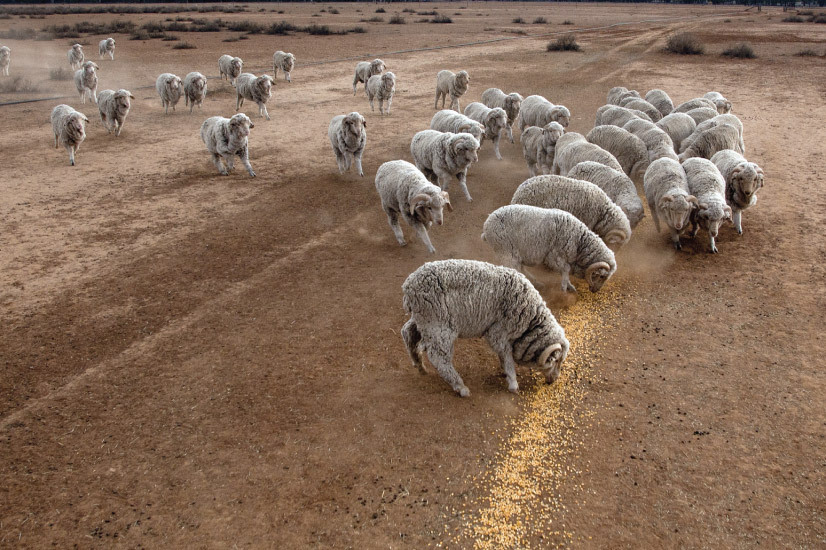 A generous donation by an anonymous donor, together with financial support from Gift of the Givers, has allowed the Save the Sheep organisation to help livestock farmers in Sutherland and surrounding areas. They were able to provide a lifeline to these drought-stricken farmers by providing them with feed for their herds.

According to Sybil Visagie, spokesperson for the Save the Sheep drought alleviation organisation in Sutherland, sheep numbers in the Northern Cape continue to decline. This is despite the generous donations of animal feed provided for the drought-stricken farmers.

Visagie also mentioned that it has become clear that the animals needed fortified, high-quality feed, and could not survive on roughage alone.

The help that Gift of the Givers provided, enabled Save the Sheep to start a pelleted feed animal manufacturing plant in Sutherland. This in turn allowed them to fortify the roughage with high-quality feeds like maize and molasses to ensure the long-term survival of the livestock herds, Visagie explained.

Though the funds donated by Gift of the Givers made a significant contribution to the pelleted feed project, they still needed additional financial support to start production.

Seemingly like a miracle, an individual made contact with Visagie to find out more about the possible ways to to support sheep farmers in the drought-stricken areas of the Northern Cape.

After explaining more about the pellet feed initiative, the benefactor wanted to know what was needed, and they agreed to finance the purchase and transport of the first load of molasses to the value of R20 000. With this generous financial boost, the project was able to enter into full production. Besides the financial aspect, the donation provided the team with emotional support to continue working to help the farmers as best they can, Visagie explained.

So far, about 30t of pelleted feed has been produced and made available to the farmers at the lowest price possible. Although the project was initially planned for Sutherland, it will be expanded to the surrounding areas as soon as possible.