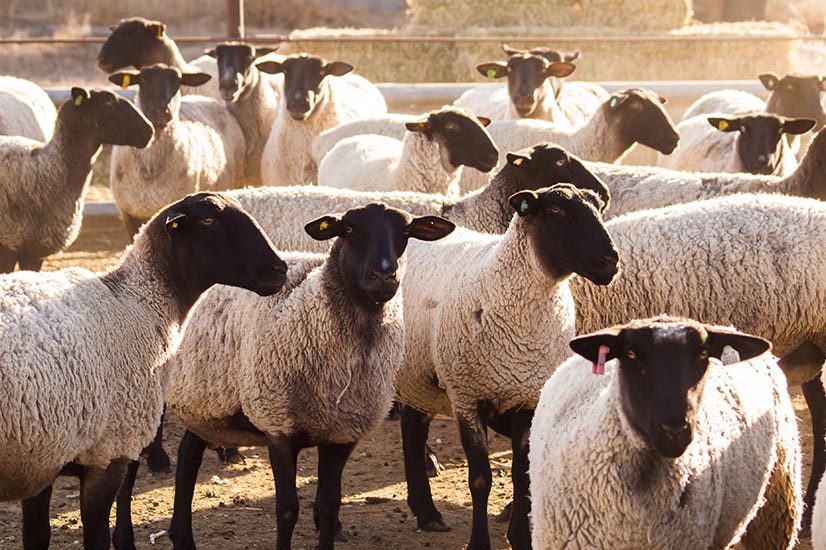 Adél, who farms in the Eastern Cape, has bred a flock of some 80 highly fertile ewes, which boast a 150% weaning rate on the veld, where they are supported only with a salt lick. “I wouldn’t farm with another breed,” she says. “I do what I can for them, but I don’t pamper them at all.”

Although Adél is keen to increase the size of her flock of sheep, she is focussed on quality, rather than quantity.

Within the Plusline flock, adaptability to veld conditions and fertility have always been central selection criteria, says Adél. The ewes that cannot produce successfully from the veld are culled, resulting in a steady improvement of production.

“It’s good to see how I have to do less and less to keep the sheep going,’’ she says. “They get better and better, and I simply don’t have problems with fertility and lambing anymore.’’

Adél makes use of a strict immunisation and dosing programme which is adapted to the production cycles of the ewes. The flock has a 25% replacement rate; all ewes are culled when they are five years old, and young ewes are mated for the first time at 10 months. The flock’s average inter-lambing period (ILP) is an impressive nine months, and any ewe that does not adhere to this is put to a ram three months after the lambing season, and then culled with her offspring.

Ewes are usually put to a ram in groups of 20, or smaller, for 35 days to achieve optimal genetic results.

A focus on dam lines

One of the reasons for this emphasis on dam lines is the risk of using bought-in rams that may not produce the intended genetic results. Her dam lines have provided genetic stability in this regard.

Over the years, she has realised the importance of buying only hardy veld rams from breeders who farm in veld conditions similar to those on her farm.

“I look for rams that can function and breed effectively on the veld with no extra feed.’’

Adél stresses that rams introduced to the flock must have an effective balance of traits as reflected by BLUP figures to add value to the genetic progress already achieved.

An important lesson that Adél has learnt over the past 12 years, is that it is not necessarily the best-looking sheep that produce the best offspring.