The importance of data in modern agriculture 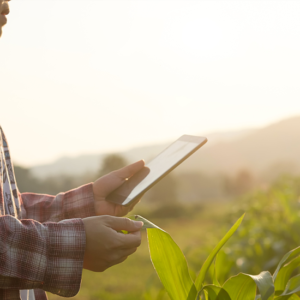 Given the overwhelming importance of data in modern-day planning and decision-making, it is frightening to realise how vast the information vacuum is, especially in policy-making, with regards to what we know about food security, land ownership, land use patterns and the smallholder farming sector in South Africa, according to Farmer’s Weekly.

I recently participated in a workshop hosted by the Department of Agriculture, Forestry and Fisheries (DAFF) to review South Africa’s first biennial report to the African Union Commission on the progress SA has made in implementing the Malabo Declaration on agricultural growth and transformation in Africa.

Many of the fields in the report remained blank as DAFF simply could not find the answers.

Some of the information that was not available dealt with early childhood nutrition, the number of farmers that had access to advisory services and secure land tenure, and the use of improved seed and animal genetics by smallholder farmers.

Last year, researchers from the Institute for Poverty, Land and Agrarian Studies and the Southern Africa Food Lab said that the most significant obstacle they encountered while working on a study of the role of the private sector in supporting small-scale black farmers to participate in agricultural value chains was “the lack of reliable official information about the extent and profile of black farming in South Africa”.

The researchers write that this “information vacuum” is “a source of great concern [as] the government, despite its political commitment to smallholder agriculture, lacks reliable data on how many ‘smallholders’ exist at present, where they are farming, what types of production they are engaged in, their productivity, and which markets they supply”.

Furthermore, according to the paper, no sector-wide data on development programmes involving small-scale black farmers exist, and without such data, “policy-making is shooting in the dark and evaluation of impact is impossible”.

The private sector has responded to this lack of reliable data by producing its own body of research.

In the absence of a national land audit, which the Department of Rural Development and Land Reform (DRDLR) has failed to produce, despite numerous assurances from Minister Gugile Nkwinti that “it will be available soon”, Agri SA has compiled its own land ownership survey.

Having access to this type of information can have a powerful effect on the future direction of land reform, but what our farming sector really needs is for DAFF and the DRDLR to stop spending money on projects that are doomed to fail, and use that money to compile a reliable pool of data that can provide the information needed to make better decisions in the future.