Nutritional needs of ewes at every physiological stage 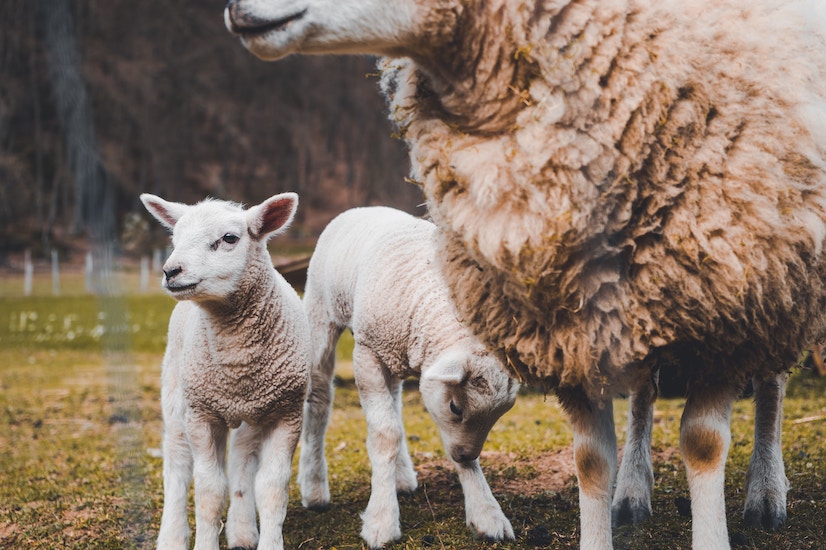 The primary concern of the sheep farmer is to manage the body condition of his animals. Body condition gives the farmer a baseline from which to adjust feed and nutrient requirements.

Ewes should be flush fed immediately prior to breeding.
The objective is to increase the ovulation rate of the ewes.
The aim is growth of approximately 100g per day.
The target for young ewes is to reach 80% of their adult bodyweight at ten months.

No sudden or dramatic changes should be made to the diet of the animal during this period.
Maintain the ewes in the flush feeding regime until the end of early gestation.
Monitor the body condition of the ewes closely to avoid the animals from becoming overfat.

The focus should be on condition maintenance rather than on weight during this phase.

It is crucial to provide ewes with a more energy-dense ration.
Body condition remains the top priority.
The aim during this phase is to ensure robust lambs.

Ewes are extremely sensitive to change during this phase.
Intakes should not be restricted when ewes go into the lambing pens and feed should be available on a 24-hour basis so that they can eat as much as they need.

Although it is expensive, it is worthwhile to feed ewes, especially those with multiplets, the lactation ration ad lib during peak lactation.
As soon as the ewes and their lambs are taken out of the lambing pens, lamb creep feed must be available to develop the lamb’s rumen.
It is important to keep the ewes out of the creep feed, but it is equally important that lambs consume more than only the lactation ration when they are with their mothers.

The nutritional needs of the ewes become less intense during mid- to late lactation.
Ewes can be put onto a cheaper ration or receive less of the lactation ration with more roughage.
The ratio between roughage and concentrate must be adjusted gradually so that by the time the lambs are weaned, the ewes are eating virtually no concentrates.

The primary goal during this phase is to maintain condition.
The target is a body condition score of 3,5 when the ewe is synchronised for her next pregnancy.
For flush feeding to be effective, the animals should have a condition score of between 2,75 and 3.