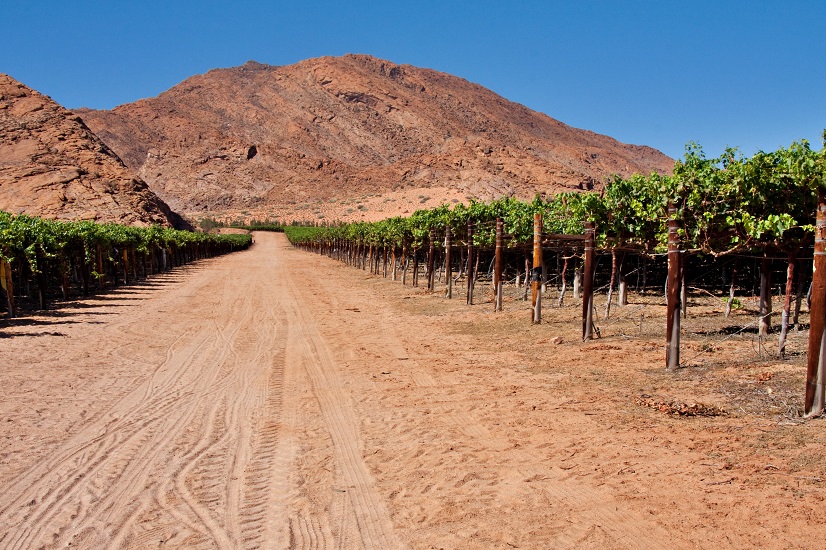 Charl, who has worked in, among others, the export fruit and ostrich meat industries before taking up the position with Orange River Cellars in December last year, appears to be as inspired by the current state of the South African wine industry as he is by the challenges and opportunities he faces in his new position in Upington.

“I struggle to comprehend why South African wine (both bulk and packaged) trades at a discount relative to other Southern Hemisphere origins,” he says.

“My experience from the fruit export industry is that our country’s fruit are sought-after, commanding premium prices due to the quality proposition it delivers ahead of other fruit-producing nations in the Southern Hemisphere. Then you can’t not ask: How can our table grapes, apples, pears, plums and citrus end up in the international market with a top-end image of quality, but not our wines? This when we are arguably making the best wines in our history.

The standard response I receive is that this ‘unfair’ discount is due to the level of fragmentation in the industry, which is leading to high degree rivalry in the market. However, I am a firm believer in Adam Smith’s invisible hand, which will eventually balance supply and demand at a fair value.”

According to Charl, the answer might lie in the matter of association. “New World wine countries have been successful in aligning themselves with one variety of grape and one wine to stake their place and through which to build awareness,” he says. “Argentina has Malbec, Australia Shiraz and New Zealand became the most well-known producer of Sauvignon Blanc in the world by making it their go-to grape.

“Perhaps that is what South Africa needs, because once you have grabbed the imagination with one point of focus, recognition for our other wines and our industry, in general, will follow.”

All about adding value

“For a business such as Orange River Cellars, it boils down to how much value our farmers can extrapolate from one hectare of vineyard under irrigation,” says Charl.

“Growing grapes for wine is currently not a favourable proposition, as farmers can realise far better prices with raisins. Orange River Cellars has to become a beverage company, not just a cooperative cellar that makes wine. We must be an organisation able to flexibly develop an array of wines and other products, build brands and sell them – all adding value for the grower.”

With over 850 farmers supplying grapes to Orange River Cellars, healthy relations with the farmers play a major role. “They farm in a massive geographical area, so I still have to do some serious driving to get to know all the regions. I am really looking forward to working with a strong management team that is well equipped to meet the challenges with the support of ORC’s stakeholder leadership.”

From an agriculture point of view, Charl has identified the need for Orange River Cellars to plant a high-yielding red grape variety, as exposure on the red side is too low. “We are also seeing more wine cultivation west of Upington – to the east, the farmers are being battered by hail and gripped by frost. Climate change is real, and I predict that we could see many Western Cape wine companies looking at perhaps investing in vineyards in our region.”