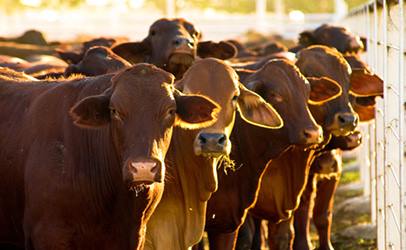 The onus rests on everyone involved in the animal health industry as well as owners of animals to try to control this disease and also identify it in time. Foot-and-mouth disease itself does not cause many deaths, but is catastrophic for commercial farming because it hinders production and prevents the export of any agricultural product to developed countries. In response to the recent outbreak in Gauteng, North West and the Free State, James Faber, chairman of the National Red Meat Producers Organization (RPO), said that a traceability system must be created.

The Minister of Agriculture, Land Reform and Rural Development, Thoko Didiza, said her department is doing everything in their power to nip the disease in the bud. Infected animals in the mentioned areas are slaughtered. Foot-and-mouth disease is a highly contagious viral disease.

The virus (an aphthovirus from the Picornaviridae virus family) is transmitted to susceptible animals through direct contact with infected animals, infected stables or vehicles used for the transport of livestock.

The clothing and skin of people who handle animals, standing water and uncooked food scraps and supplements containing contaminated animal products can also transmit the virus. Control measures include quarantine, the destruction of infected livestock and a ban on the export of meat and other products to countries that are not infected with the disease. There are thought to be seven main types of foot and mouth virus.

Like other viruses, they constantly undergo an evolutionary process and mutate. This makes it difficult to develop a vaccine, because there are large variations between serotypes. A foot-and-mouth disease vaccine must have a particularly specific action with regard to the relevant variant. Vaccination only provides temporary immunity that can last for several months to a few years.

Countries certified as FMD-free without vaccination have the greatest access to export markets and therefore developed countries such as Canada, the US and the UK work hard to maintain their status. KLK branches have the broad-spectrum disinfectant, Virocid, available, which can be used to control foot-and-mouth disease. This agent can be used in foot baths as well as to disinfect stables and vehicles.