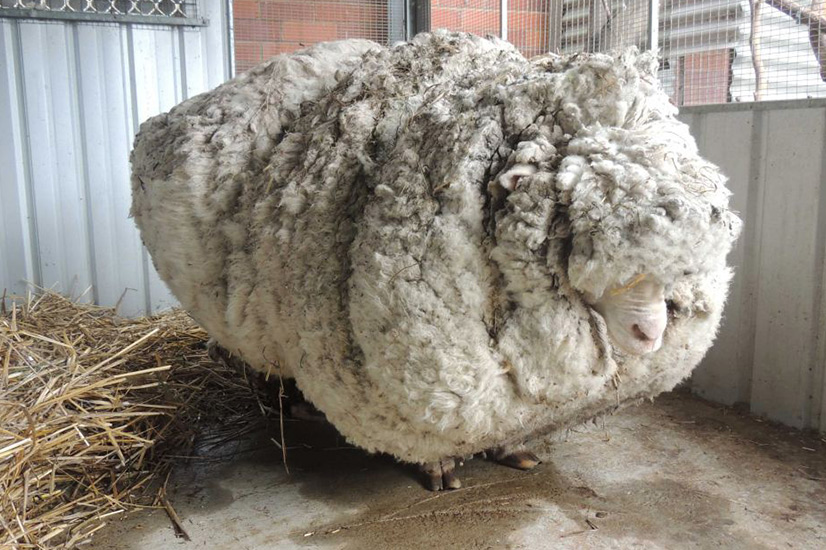 A wayward sheep found in Canberra, Australia reportedly had about five years of wool on him, which outweighed a previous record by over 10 kilograms. The shearing operation of Chris the sheep potentially saved its life.

Shearer, Ian Elkins, said in 35 years of shearing he’d never come across a sheep like it. “There were five of us [shearing the sheep] – everyone held a leg or a shoulder.”

Ian Elkins took about 45 minutes to shed the 47cm-long fleece, which came off in one piece. RSPCA ACT spokeswoman Jane Gregor said the sheep was in good condition and seemed to be recovering well. New Zealand’s Big Ben held the previous World Record for the most wool sheared from a single sheep since January 25, 2014 with 28.9 kilograms removed.