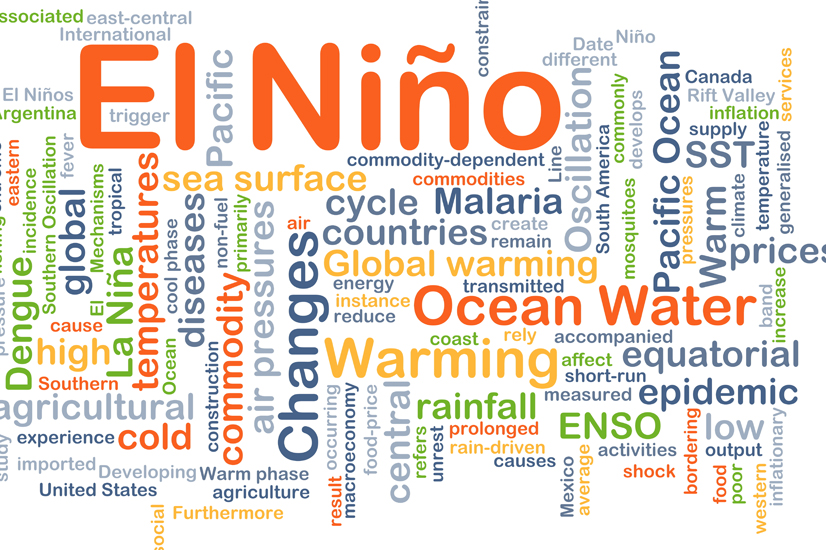 The current El Niño weather phenomenon is causing extreme weather on at least five continents, with climate change being another cause of it.

It was confirmed earlier this week that the 2015/2016 El Niño was strongest ever recorded.

“It is probably the most powerful in the last 100 years,” a French climate expert, Jerome Lecou, said on Monday. He explained that accurate measurements only existed since the middle of the 20th century.

Seasonal rains, which is vital for life-sustaining crops have also been limited across Africa, causing some countries to declare themselves as disaster areas.

The El Niño phenomenon emerges every four to seven years around October, and usually lasts until January. An El Niño is caused by a shift in trade winds across the Pacific, around the equator.

“If you add the background global warming to natural weather phenomena, there’s a tendency to break records left and right,” said Le Treut, a climate scientist and director of the Pierre-Simon Laplace Institute.

“This naturally occurring El Nino and human-induced climate change may interact and modify each other in ways which we have never before experienced,” Michel Jarraud, head of the World Meteorological Organisation in Geneva, noted last month.