The case for old man saltbush as livestock feed during drought 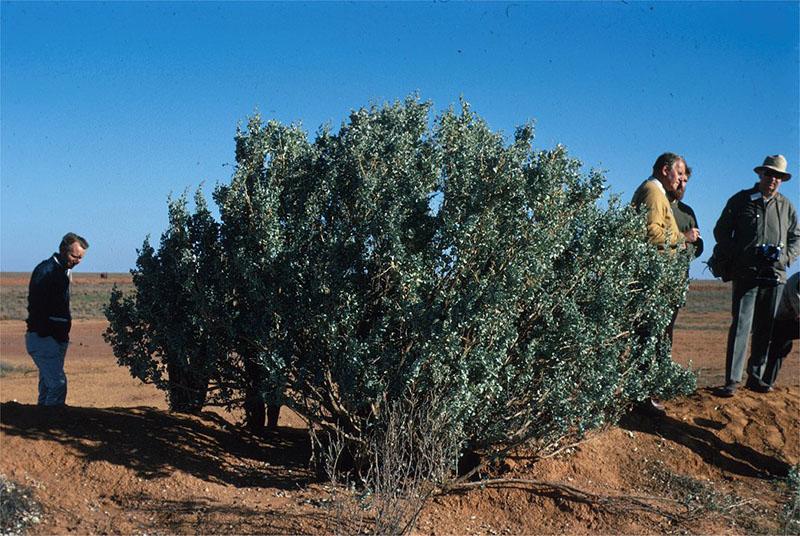 Old man saltbush (Atriplex nummularia) is a well-known sight in South Africa and this hardy plant with its ability to tolerate high salinity and drought is especially common in areas with lower rainfall and where small stock is farmed extensively.

The first is that a saltbush fodder bank can help animals survive if, during drought, you need something to carry them through. The other is that as a feed source, saltbush has relatively good nutritional value and can be combined with supplements such as maize to boost animals’ condition for marketing.

“Saltbush is generally not very palatable, and it takes sheep two to three days to get used to it,” says Dr Verschoor. The leaves are covered in hair, or trichomes, which collect and store salt and sometimes burst open to release these salts. “The leaves contain between 70 and 80% water, which means animals are able to better utilise other dry plant material. Apart from a well-developed root system, that is just one of the reasons why it performs so well as livestock feed and reserve crop during times of drought.”

Saltbush has excellent carrying capacity and research shows that two to 15 small-stock units/ha/year can be kept on saltbush. According to Grootfontein College of Agriculture’s studies, this amounts to around 21 sheep/ha for four months at a plant density of 2 500 plants/ha.

As saltbush is not particularly palatable, a relatively high grazing pressure is recommended. “Apart from high grazing capacity, the shrub’s ability to recover after intensive grazing is good. This means that plants can be utilised quite heavily every year without it having a detrimental effect on their growth potential. If saltbush is extensively grazed each growing season, a resting period of between six and eight months is recommended for adequate recovery,” says Dr Verschoor.