The history of the lob-eared Kalahari Red goat breed 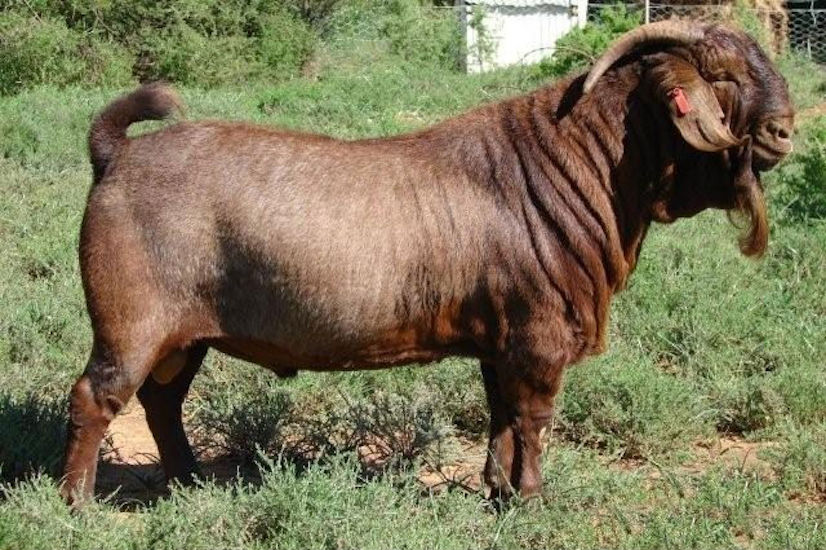 The Kalahari Red goat is distinguished by its fine head, lob ears, round horns that bend backwards and its tender meat.

A description of lob-eared goats in the Western Cape, Eastern Cape, Northern Cape and Namibia can be found in early records.

In the 1970s, Tollie Jordaan of Grootvlakte in the Somerset East district, Albie Horn of Hartebeeshoek near De Aar in the Northern Cape, Louis van Rensburg of Wonderpan near Prieska, also in the Northern Cape, and Ben Vorster of Tshipese in Limpopo, all started breeding and selecting red goats.

On 5 July 1999, the Kalahari Red Club was founded in Kimberley, and in October 2004 the club merged with the South African Boer Goat Breeders’ Society.